skip to main | skip to sidebar

Do Pick Up Lines Really Work? 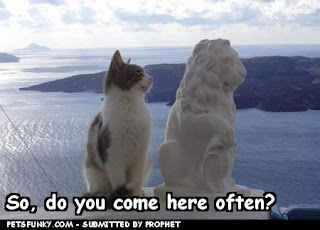 Sooner or later in the world of singlehood, the topic of pick up lines comes up. Many men want to find the ultimate, perfect thing to say to a woman. You know, the line that stops a woman in her tracks, makes her smile, and convinces her that you are worthy of serious consideration as dating material.

So, do pick-up lines actually work? Sorry guys, but the answer is no. There is no perfect line for every occasion and for every woman. God forbid, you use a "canned line" on a woman (such as, "Did it hurt?" and she says, "Did what hurt?" and then you say, "Did it hurt when you fell from heaven?")-- and she laughs in your face because she thinks you're such a dweeb.

Since pick-up lines are always good fodder for blog posts, I was interested to hear from the folks at www.topdatingsites.com that they had posted a blog story about the Top 10 online pickup lines.

So I read the story. Some of the "lines" were mildly clever. I suppose that, when sent to the right woman in the right context, "You give great email" could strike the right tone between playful and provocative. And "Have I met you before?" is a great way to get an online conversation going.

But some of the "Top 10" were just lame. Who is going to believe "You look like Halle Berry only hotter"? And asking for her astrological sign? Didn't that go out of style in 1975?

The story did nothing to convince me that using predetermined pickup lines is a good way to impress anyone. The best way to impress someone is to be your honest, good-natured self. (Sorry, but if you're not honest or good natured, you are basically screwed.)

By the way, according to my limited experience and friend-to-friend research, the best pickup line ever is "Hello" delivered with a genuine smile. Then introduce yourself.

Try it. It works.
Posted by MiddleAgedBabeMagnet at 4:32 PM 2 comments:

Be Careful What You Wish For 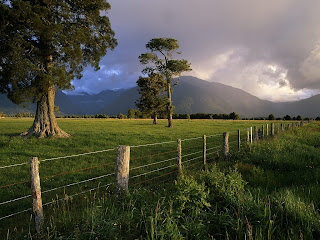 I've always loved the "be careful what you wish for" advice, because it reminds us that the grass isn't always greener on the other side of the fence-- at least not in the way that we expected.

A single friend of mine, let's call him Carlos, had been seeing Maria for almost six months. But there were some red flags in the relationship. Maria seemed overly sensitive at times, and at other times she acted like a petulant teenager.

The two of them had been on long weekend trips together, and the longest time they had spent continuously together was about four days. When a great deal on a 15-day trip to Europe arrived via email, Carlos jumped on it. He and Maria excitedly began preparing for their big trip.

Well, the trip ended last week. The first week or so was great. They enjoyed exploring new places together and indulging in delicious and exotic foods. But then Maria grew short-tempered. She got bitchy and was not fun to be with. (I haven't heard her side of the story. She might say that Carlos started to get too demanding or too picky or...) Halfway through the trip, they had a fight.

And Carlos got the clarity he wanted. It became very clear to him that Maria was not "the one." She refused to take any responsibility for the relationship trouble that she and Carlos were having, and she continued to act out.

Carlos and Maria have officially broken up. So there will soon be two more single baby boomers on match.com or eHarmony.com or whatever.

Does Carlos wish things had turned out differently? Well, maybe a little bit. But at the same time, he knows that things have worked out for the best. He isn't really surprised that he and Maria are no longer a couple.

That's another thing about getting what you wish for. In dating, as in life, sometimes what you get isn't a big surprise at all.
Posted by MiddleAgedBabeMagnet at 9:10 AM 1 comment: 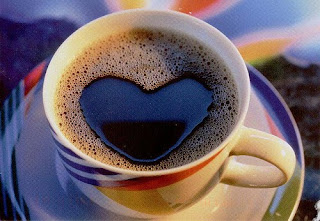 My friend, Craig, is a true middle-aged babe magnet, and he loves every minute of it. He loves to be admired by women. He has also been suffering from a broken heart, so he has deliberately been an elusive dating target. He hasn't wanted to become involved with a woman, so he's been casually dating for quite a while. To his credit, he has been basically celibate during this time, because he is self-aware enough to know that he hasn't been emotionally available.

But all of that has changed. Now he is smitten for the first time in three years.

I am thoroughly enjoying Craig's predicament. It's fun to watch him get flustered, It's fun to give him dating advice when he acts like a lovestruck dweeb. (More on this in a future post.) We've all been captured by the promise of new love. We've all been there and done that.

Basically, my advice to Craig is: enjoy it! Enjoy that delicious feeling of not being in total control. Get out of your "male brain" and go with the flow. Love is a ride down a rushing river. At this stage, just enjoy the ride!
Posted by MiddleAgedBabeMagnet at 11:28 AM 2 comments:

MiddleAgedBabeMagnet
My name is Chad Stone. I am the author of Confessions of a Middle-Aged Babe Magnet, which is available as a printed paperback and an eBook on Amazon.com. The book is a humorous memoir that tells the story of my adventure into dating again in the 21st Century. It also serves as a self-help guide to dating for men. Sprinkled throughout the book are Babe Magnet Rules that provide insightful advice for single men of all ages. For women, the book offers a unique, unvarnished look into the mind of a real man—revealing how a single man thinks and why he behaves as he does. Fascinating, funny and heartfelt, Confessions of a Middle-Aged Babe Magnet is a triumph of the human spirit and proof that love is possible at any age— as long as you’re willing to embrace it.